When Animal Diseases Spread to Humans

The distinction between human and animal is not always as clear as we make it, the barriers that seem to separate us from the natural world not as impermeable as we tend to believe. That division is actually a very fluid notion that changes from culture to culture and over time. It becomes quite artificial, even, in the face of certain diseases, called zoonoses, that can spread between species - from other animals to humans and vice-versa. And the majority of new diseases in people, like HIV, Ebola and avian flu, are all zoonotic. 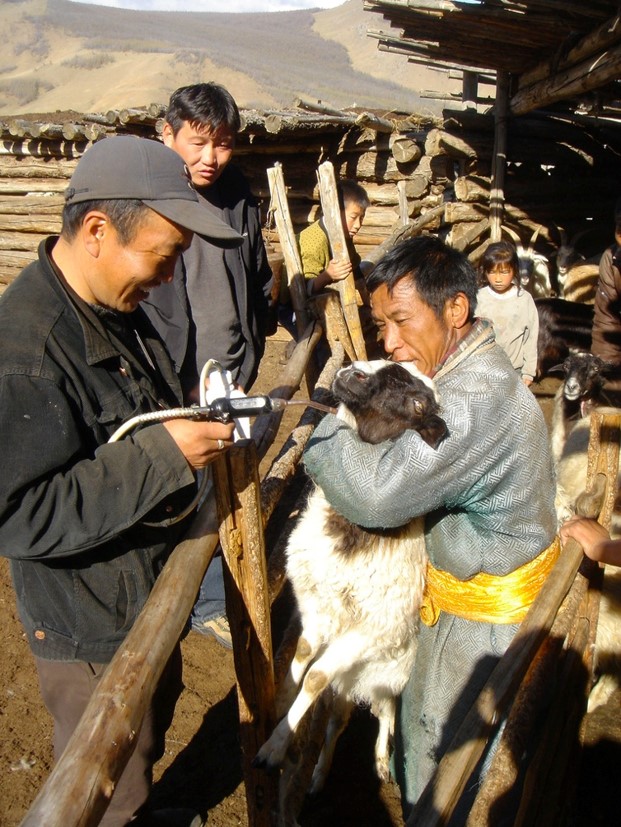 Many indigenous populations around the world have lived in contact with pathogens that, only more recently, have led to pandemic outbreaks. “Zoonoses are a product of urban societies who have lost daily contact with animals,” explains Frédéric Keck, researcher the Laboratory for Social Anthropology at the Collège de France in Paris. “The question is how to benefit from the knowledge of the populations that live with them, how to translate this knowledge into effective public health response.” To address that question, with the support of the AXA Research Fund, he designed the project “Social Representations of Pathogens at the Frontiers between Species”. Keck assembled a team of anthropologists, experts on their particular region of study, who, today, have returned from their fieldwork in Laos, Australia and Mongolia. Their analyses of how zoonotic outbreaks are viewed and managed, the roles, perceptions and interactions of governments and local indigenous cultures, will help reveal how traditional knowledge can be used to its fullest extent to improve pandemic preparedness across Asia.

Zoonoses involve complex relationships: between pathogens and their host, between humans and animals, and between globalized knowledge and indigenous know-how. Improving this last relationship was just one aspect of Keck’s project that interested Arnaud Morvan. He brought to the table his expertise on the analysis of totemism in Australia. A totem is an animal or another element of the natural world that serves as a spiritual representation of a group of people, like a family or a tribe, and speaks to the relationship between humans and other species in the cultures that use them. To explore ideas about interspecies kinship and zoonotic outbreaks he went to northern Queensland, one of the only places where the Australian indigenous people retain their traditional language and knowledge, as well as the northernmost reach of the Hendra virus outbreak. It is one of the most lethal viruses out there, although not very easy to catch. Carried by a large bat commonly called a flying fox (pteropus), the virus spread to horses, first, and then to humans.

When Morvan first began his investigation of the Aboriginal community’s handling of Hendra, he quickly hit a roadblock: They had always been left out of the government’s official response and were hesitant to talk about their own. Then, he hit upon a revealing fact: bats are used by this community both as bush meat and as a cure for certain illnesses. In their mythology, bats are associated with the afterlife and regeneration. “The indigenous perception of the species reverses the typical narrative of the zoonotic process,” Morvan points out.

Although the Hendra outbreak was recent, and researchers had only discovered the virus in 1994, genetic studies revealed that it is actually quite old. The flying foxes carrying it have also been used for a long time as food and medicine by Australian indigenous people, meaning that they had long shared the same environment with the virus, with few ill effects. This suggests that the virus jumping the species barrier to infect horses was a key step in it taking on epidemic proportions in the human population. (It also speaks to the dangers of introducing non-native species into any ecosystem.) It may have been a matter of proximity: most people have far more contact with horses than bats, and vets are likely to come into contact with the blood of horses. Indigenous people, in contrast, do not raise livestock. Their rejection of the domestication of species may help them avoid zoonoses: while maintaining spiritual closeness, they keep a physical distance. What’s certain is that the region’s zoonotic outbreak of Hendra reveals that preventing and controlling such diseases is not as simple as throwing up mental barriers between people and the natural world. 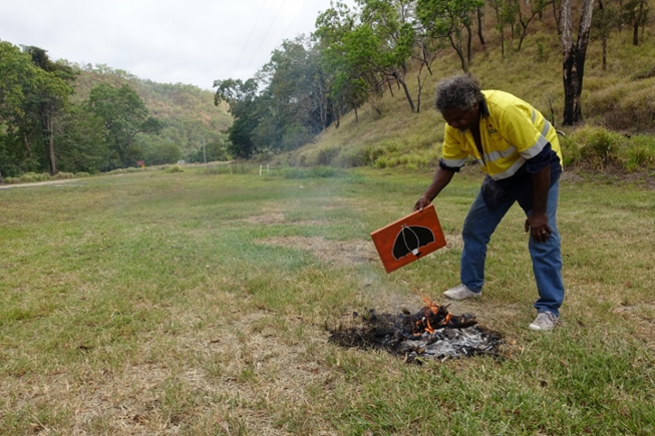 This question of human-animal proximity reappears throughout the team of anthropologists’ exploration of zoonoses. Nicolas Lainé explored its complexities concerning tuberculosis (TB) carried by elephants in northwestern Laos. During his PhD work on the human-elephant relationship in Eastern India, he had noticed a growing number of health alerts and studies pertaining to the surveillance of TB in these animals. This paralleled the emergence of a new conservation strategy for this endangered species, featuring tourism to elephant camps, where the animals are used in the logging industry. Tuberculosis being the second deadliest disease in Asia after HIV, Lainé wondered if bringing more people into close contact with the elephants was unintentionally creating a public health time bomb, waiting to explode.

Lainé quickly noticed that the elephants’ caretakers, called mahouts, were at the center of disease surveillance policies, ultimately responsible for implementing orders of the state. Veterinarians do routine visits, he explains, but they can’t access all elephants and, so, rely on the mahouts to report on their animals’ health. For the latter, the relationship with their elephants is very strong: they consider them part of the family, watch them grow up, and can observe the smallest changes in their health that could indicate disease. A mahout may notice, for instance, that the color of an elephant’s skin has changed, something that a vet making a rare visit would be unlikely to see.

To the mahouts, the risk of tuberculosis is a modern problem. As they pointed out to Lainé, they have lived closely with their elephants for a long time, without catching the disease. However, it’s not that TB in the elephant population is new, it’s that the relationship with humans has been altered through the growth of logging and tourism to the camps. The mahouts’ relationship with the elephants has been so changed under these circumstances that at least one man the researcher encountered had left his job at the camp. But Lainé believes the very emergence of the zoonotic pathogen presents an opportunity to valorize local knowledge and to take steps for the conservation of the species. Every group involved – from international health agencies down to Laotian families with their elephant – has a conception of the species barrier, but each one differs from the next. The question is how to translate each of these and mobilize the knowledge it contains for the sake of public health.

In Mongolia, another complex interaction between animal and human disease has seen success in balancing traditional knowledge and the modern, globalized system of public health. Here, Dr. Sandrine Ruhlmann focused her study on groups of nomadic herders. In addition to a centralized, state-run system of vaccination and culling of infected livestock, a new method of disease surveillance was established in Mongolia on the level of its nomadic communities. Like the mahouts in Laos, the herders were the best placed to take on the role of sentinels: taking care of their herds, watching their animals for signs of zoonotic diseases, like the bacterial infections brucellosis and anthrax, and taking the first steps to prevent their spread, as for the rapidly growing foot-and-mouth disease. For this, they need to tap into traditional knowledge about their animals, as well as adhere to international regulations about animal care and disease surveillance.

“Considering herders as sentinels integrates their perceptions and treatments of animal diseases with international standards of animal diseases surveillance,” Ruhlmann writes. Indeed, in response to a zoonotic outbreak, most herders combine traditional strategies like fumigation of affected spaces with modern tools like vaccination—when they trust the veterinarians providing the service. Some are able to identify the mistakes of less capable vets who inoculate animals incorrectly or use spoiled vaccines.

Ruhlmann concludes from her work in Mongolia that the herders’ worldview as it relates to humans, animals and disease does not conflict with official policy or scientific knowledge. The animal surveillance system works here, in fact, thanks to their daily involvement. By taking into consideration the knowledge the nomadic people have to offer, Mongolia has found an effective way of distributing the roles necessary for the management of pathogens and disease.

Frédéric Keck explains that this anthropological fieldwork for the study of zoonoses is very new, and challenging, but the field is growing. Following recent pandemic outbreaks, there was a call for more collaborative, interdisciplinary research projects, in an effort to disentangle the many different mechanisms at work in these public health crises. “We arrive after the crisis,” Keck points out. “We don’t help to solve it, but we bring messages to help anticipate the next one.” The anthropologists making up his team hope they will have set a precedent for their peers to follow.