The Giant Sea Bass at the California Academy of Sciences. Fishes'sense of smell is highly affected by high level of carbon dioxide in the ocean.Togabi/Wikimedia,CC BY-ND

Why would a clownfish swim closer to a rockcod, its natural predator? Or have trouble finding its way home? Perhaps because fish are losing their sense of smell due to an invisible threat.

The carbon dioxide in our atmosphere is steadily increasing each year. The oceans absorb about a quarter of this carbon dioxide dampening the effects of climate change, but in the process the oceans are becoming more acidic.

These changes in ocean chemistry have been shown to affect the behaviour of some fish, even making them prefer the smell of their predators. 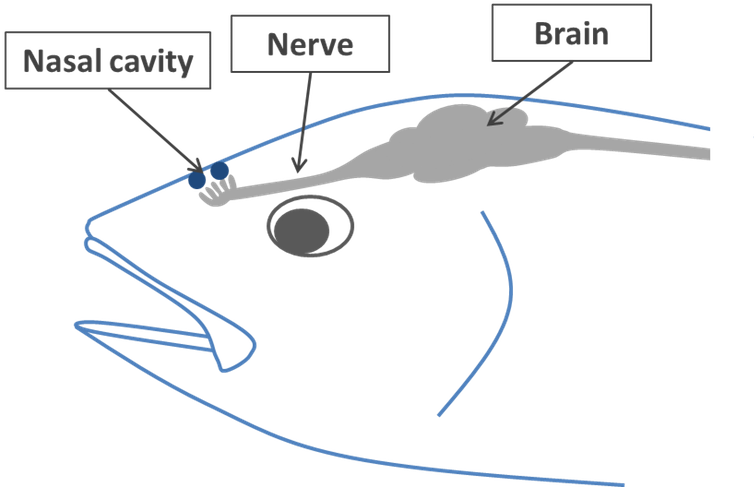 This change in behaviour could have drastic consequences from individual fish to entire populations threatening our environment and our food supply. But how can rising carbon dioxide levels affect the behaviour of fish?

For our recently published study, we answered this question using the European sea bass, an economically important species. More than 150,000 tonnes of sea bass are sold in Europe each year and they are also a popular sport fish, as they can put up quite a fight when they are caught by anglers. 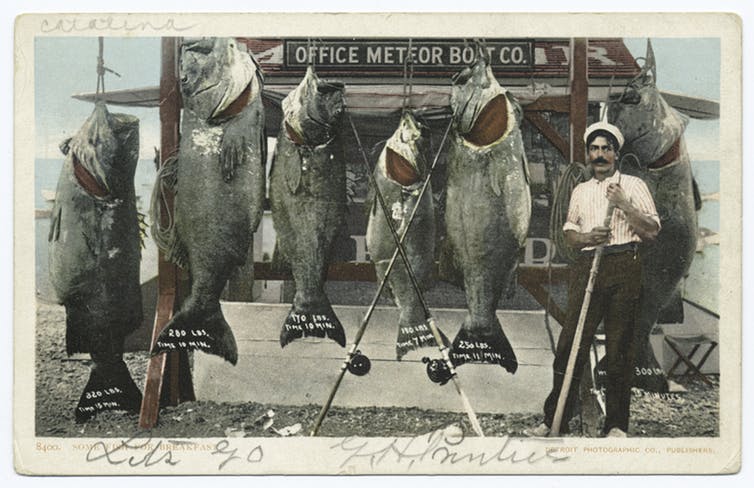 First, we designed an experiment to determine if the behaviour was affected in a similar way by high carbon dioxide as shown in other fish species.

To do this we put juvenile sea bass in seawater with either current levels of carbon dioxide (controls) or those predicted for the end of the century (high carbon dioxide). We were able to accurately replicate this predicted change in carbon dioxide and water acidity (measured by its ph) by bubbling small amounts of carbon dioxide gas into seawater and recording the sea bass’s behaviour response to a predator smell added to the seawater after 2, 7 and 14 days of exposure to these conditions.

Behaviour of juvenile European sea bass exposed to control and high carbon dioxide conditions before and during the presence of a predator smell.

Can carbon dioxide reduce a fish’s sense of smell?

We hypothesized that the increasing acidity of seawater due to rising carbon-dioxide levels could affect how well the fish are able to smell and therefore, how much information they have about their surroundings.

We tested smells that fish use to detect food, each other, danger and predators, in both today’s seawater and high carbon dioxide seawater. We found that fish were less likely to detect 8 out of the 10 odours in high carbon dioxide seawater – their sense of smell was reduced by up to half, and some smells had to be five times more concentrated before they could be detected.

Would this reduction have a large impact on fishes’ ability to sense their environment? Surprisingly, we calculated that under high carbon dioxide conditions they had to be up to 42% closer to the source of the smell – including food – in order to detect it.

This could mean that the difference between surviving a predator attack or not and could affect not just individuals but fish population numbers.

Animals, including humans, can respond to changes in their environment by changing the types of proteins they make in their cells by turning genes on and off, through a process called gene expression

As our experiments above were performed over short period of time (1-2 hours) we wanted to determine if fish were able to compensate for a loss in their sense of smell over a period of days.

We did this by measuring the abundance of genes in the cells in the nose and in the olfactory lobe, a part of the brain that receives information directly from the nose.

Clown fish in the Andaman Coral Reef. This ‘Nemo’ species could get confused and swim too close to its predators because of high level of carbon dioxide. Ritiks/Wikimedia, CC BY-ND

Instead of making receptors that function better in high carbon dioxide or low pH, sea bass expressed fewer receptors in general essentially relying even less on their sense of smell. In the brain the changes in gene expression indicated that their neurons were also less responsive to incoming information.

As we also know that rising carbon dioxide levels have been shown to affect a fish’s visionand response to sound, it is therefore unlikely they will be able to rely on other senses to compensate for the loss in their sense of smell.

Losing their sense of smell is indeed not compensated by other senses, and quite the opposite happens. Fish lose their abilities to interact with their environment and these findings were consistent with our behaviour observations.

Some fish rely on their sense of smell more than others so these species would be affected more by ocean acidification than other species for which this sense is not as important. What our findings teach us is that if we don’t curb our carbon dioxide emissions, they might disappear sooner than we think.

Acidic oceans will cause fish to lose their sense of smell, a film by Dr. Porteus. 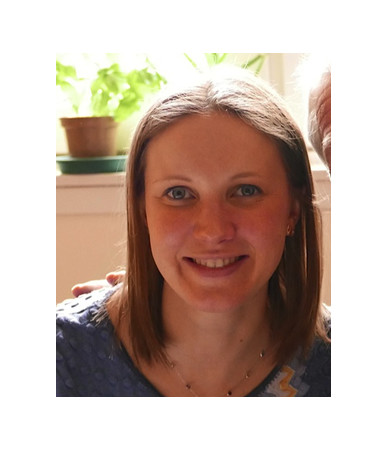