The AXA Research Fund has supported the AXA Chair in African Climate Risk since 2016. At the University of Cape Town in South Africa, Jorisna Bonthuys, a science journalist, met with Prof. Mark New.

Improving our understanding of the changing risk of extreme weather and climate events is crucial to robust climate-change responses in Africa.

“It is becoming ever more urgent to improve our understanding of the changing nature of climate risk on the continent – and humans’ role in it,” said Professor Mark New, AXA Chair in African Climate Risk at the University of Cape Town (UCT). “Much of the impact of climate change will occur through extreme events such as drought and flooding.”

New is director of the African Climate and Development Initiative (ACDI) and has held the AXA Chair in African Climate Risk at UCT since 2017. AXA, a global insurance leader, has committed – through its AXA Research Fund – to support this position for 15 years. It will fund three successive scholars in total, with a new chair-holder appointed every five years. Chair-holders will undertake research in their relevant domain of expertise, aligning it with the university’s research priorities.

“AXA has provided long-term, predictable support for a succession of innovative blue-sky projects and research themes related to climate risk in Africa,” New said. “This allows us to ask the questions that the usual [climate research] funders haven’t thought about or don’t want to think about.”

New holds a permanent academic position in UCT’s Department of Environmental and Geographical Sciences, while being seconded to the ACDI for the duration of his term as an AXA chair-holder. The ACDI is spearheading the university’s response to Africa’s climate and development needs: It generates innovative research to provide solutions-orientated knowledge in service of society.

New’s area of expertise is climate attribution science. This field of focuses on quantifying whether, and to what extent, human-made greenhouse gas emissions contribute to the probability of an extreme weather event occurring.

His research as AXA chair-holder is helping to fill a significant gap in this field as it enables him to drive a step change in attribution science that focuses directly on African case studies. New’s chair programme brings together African and international researchers to accelerate this African focus. It combines the strength of local and global experts, including emerging researchers from Africa. 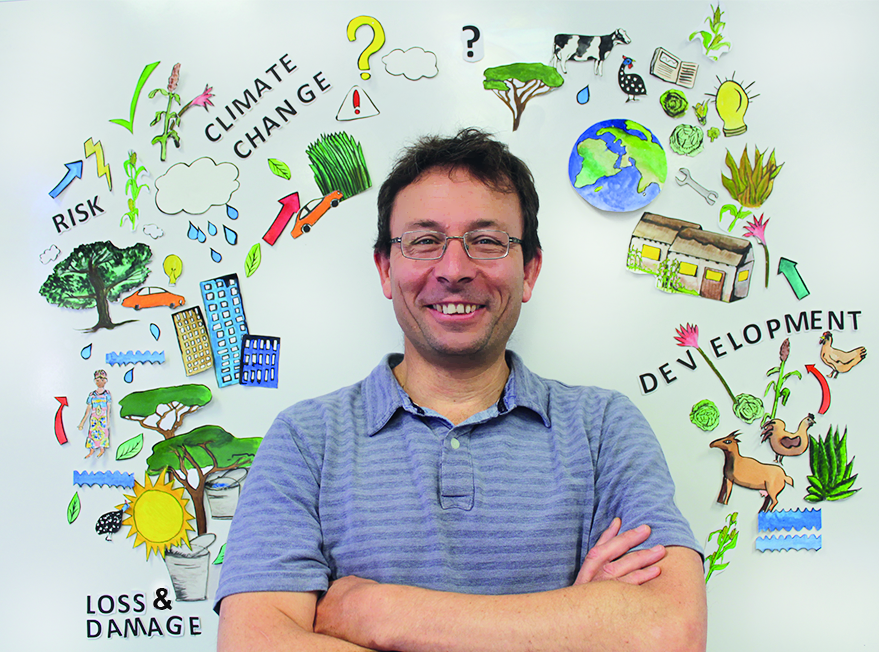 A new climate for risk research

New is on a mission: He wants to understand how the risk of extreme climate events is changing in southern Africa and how much of the change is caused by greenhouse-gas-induced warming of the climate system.

“The heat is on to generate new knowledge regarding the changing nature of climate risk, given our need to adapt to the planetary changes already underway,” New stated. “Nature has been sending us warning signs that the planet is warming at an unprecedented rate.

“Climate change is underway and society needs to adapt to it.”

Warming of the climate system is unequivocal, yet there is still no clear scientific picture about what the effects of anthropogenic climate change are on a regional or local level.

“What we do know, however, is that in many areas extreme weather events – like droughts and floods – are associated with greater loss and damage,” he said.

New is quantifying the human influence on these extreme events and their impact on hydrological and agricultural systems in the region, among other things. This work, based on well-established methods of attribution science, has a southern African focus – and potential application across the rest of the continent.

The Western Cape Province in South Africa provides the ideal backdrop for New’s work. Between 2015 and 2017, the province experienced the most severe drought in a century; Cape Town nearly became the first developed city to run out of water.

To provide fresh insight, New is also looking at other extreme events, such as the disastrous fires that in the area and recent flooding in Kenya. For this, he is working closely with the ACDI’s network of experts and partners.

How are humans to blame?

New’s research involves simulating past and present extreme weather events with the aid of climate models and a multi-method approach. Through their modelling, the research team is able to add or remove human contributions over time, thereby switching the modelled effect of humans “on” or “off”. This enables him to model, for example, the role that human land management has played in increasing fire and water-shortage risks, in comparison to how climate change factors contributed to these extreme events.

Explaining the link between extreme climate events and human activities is like explaining the link between smoking and the risk of developing lung cancer. “Medical researchers know that smoking is an undisputed cause of lung cancer, and by comparing cancer frequency between those who do and do not smoke they can estimate the added risk from smoking,” New explained. “As climate researchers, our work is to accurately explain the link between the human contribution to climate change by burning fossil fuels – equivalent to smoking – and its effect on our planetary health and systems.”

New is also analysing the effects of adaptation and management responses to changing climate risk in rural and urban settings. His models also allow him to switch different responses “on” and “off”, such as a government response to remove alien vegetation from water sources. This enables him to see how a specific on-the-ground action can mediate the impact of extreme weather. This could help planners and politicians devise relevant adaptation responses.

Already the results of this research are paving the way for changes in water management, water conservation and disaster insurance. The team’s latest research has shown that human-induced climate change and its effect on rainfall patterns rendered the recent drought in the Western Cape about three times more likely to occur than would have been the case in a world without human impact.

It is the cross-over between natural science and socio-economic science that has captured New’s imagination. “It’s time to mind the gap,” he emphasised. “Policy-makers must aim to avoid a dangerous temperature rise by reducing emissions, but plan to adapt to the inevitable climate-change-related changes that are already underway.”

New concluded, “Using simulations of climate change [effects] in the region can help planners cope with the unthinkable and learn from it.

“Our work can help unravel climate risk and ensure a step change in attribution science as well as adaptation responses in Africa. Brace yourself for increasing climate risk in our region.” 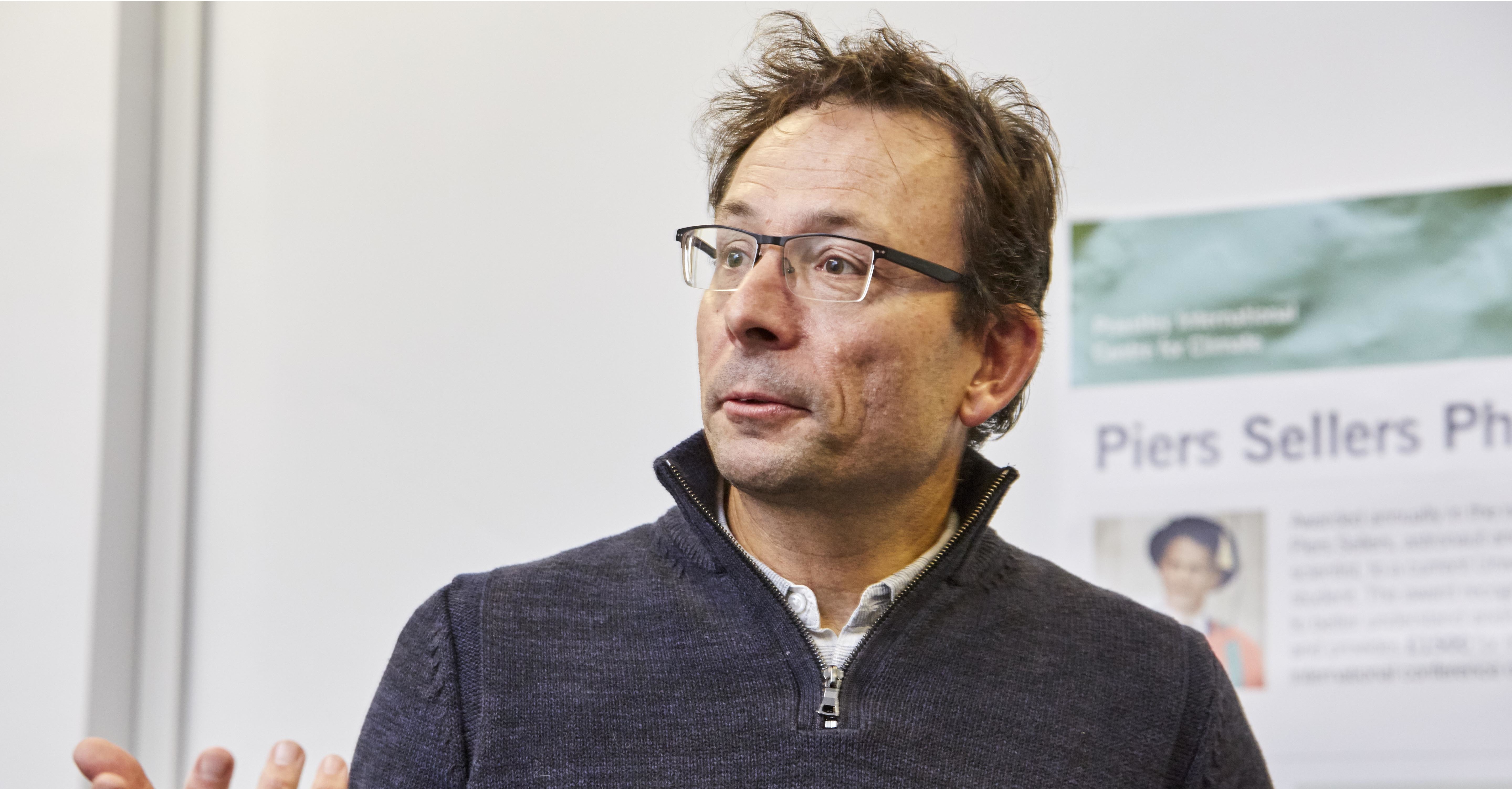