On Cycles and Seabirds: El Niño, Climate Change and Consequences for Biodiversity

Climate change is taking its toll, resulting in the decline and disappearance of species – a threat that is likely to grow in the future, with every loss increasing the risks posed by diminishing biodiversity. Seabirds are especially vulnerable for several reasons, including their role in the food chain as predators. They depend heavily on the quality and abundance of their prey, which is directly influenced by oceanic climate cycles. Finding ways to predict these multi-level interactions on multiple time scales is a complex task that Dr. Jocelyn Champagnon took on in the tropical Pacific Ocean. This region is subject to the year-to-year climate variations of the El Niño Southern Oscillation – alternating periods of unusually warm or cool sea surface temperatures, coupled with changes in air pressure at the surface. From long-term data on seabird species in three locations, he was able to identify how oceanic cycles influence populations in different ways.
Dr. Champagnon is working out demographic models for multiple bird populations and linking them to forecasts of future climate conditions, since warming sea surface temperatures may affect El Niño and where it occurs. In the eastern area of this zone, for example, the cycle can produce unusually warm waters. This phenomenon, he found, reduced available food for the birds—two species of boobies—studied here. Consequently, survival rates of their juveniles declined. At the same time, the Nazca booby, found in the Galapagos Islands, is also affected by another, similar ocean cycle, but which occurs on the scale of decades. 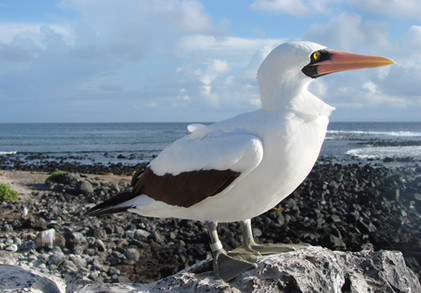 This cycle determines the distribution of the fish they eat. This time, adult survival was threatened, probably reflecting the risks of breeding: when a cycle can last 40 years, the birds are forced to reproduce even under suboptimal conditions. From such observations, Jocelyn is establishing projections out to the year 2100. His conclusions will contribute to climate policy decisions with some much-needed information on extinction risks for vertebrate species, as we attempt to protect the world’s vulnerable ecosystems. 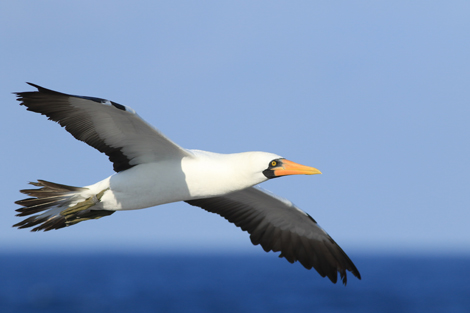 The survival of sea birds affected by ocean cycles

The research that shows for the first time that long cycles (spanning several decades) directly affect the survival of birds.