Listen and Your Brain Will Answer

Depression is associated with strong negative emotions. In order to study the activity of the brain regions involved in emotional processing, Dr. Julie Péron is directly recording it in real time during brain surgery. Depression can be treated with deep brain stimulation which requires the implantation of stimulation electrodes in the patient’s brain. Péron’s innovative study could improve our understanding of depression and thus improve patients’ lives.

Julie Péron divides her time between the Neurology Department of the Rennes University Hospital and the Swiss Center for Affective Sciences in Geneva where she conducts her post-doctoral research through funding from an AXA grant. This young French neuropsychologist has one goal: to better understand the role the ventral striatum, a small area of the brain, plays in recognising emotions expressed by the voice. In order to unravel these questions, she is studying the electrophysiological activity of this structure by implanting electrodes into the brain, in order to treat the symptoms of patients suffering from depression. A closer look at this state-of-the-art surgery and its perspectives for basic research. 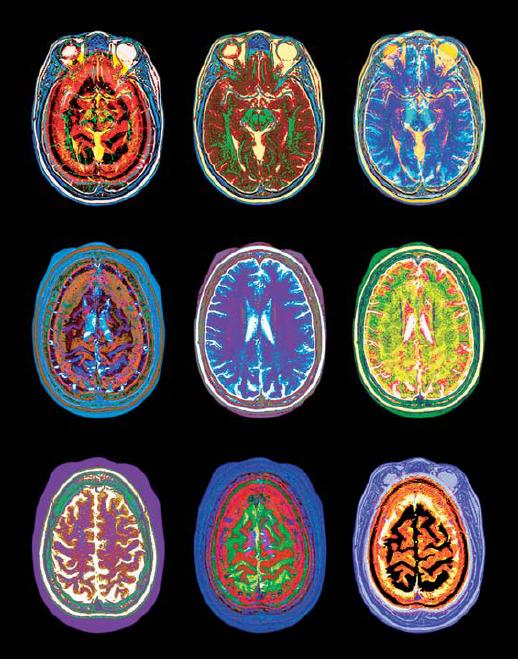 How did deep brain stimulation, which involves implanting electrodes in targeted areas of the brain, become a common treatment for certain types of neurological disorders?
The first procedures using this method were carried out on patients suffering from Parkinson’s disease in 1993 by Professor Alim-Louis Benabid and his team in Grenoble, France. This type of treatment helps to improve the motor symptoms caused by these illnesses, such as shaking and tremors. It’s actually incredible because as soon as the electric pulses are applied, the symptoms disappear, but once the stimulation is stopped, they return in full force. The surgery is performed in Europe and the United States, but France is still ahead in the field.

How risky is the surgery?
This type of surgery is very invasive. It is only performed on 10% of patients suffering from Parkinson’s disease, based on very selective criteria, and only when all other treatment options have failed or are no longer effective. For these patients, the surgery is vital.

Between 2002 and 2008, you were part of the “Behaviour and Basal Ganglia” team at the Rennes University Hospital, led by Marc Vérin, Professor of Neurology. This experience served as the basis for your current work. What was your role in the team?
I met with patients who were candidates for the surgery in order to grade their cognitive state, especially in terms of higher functions (memory, language, etc.), and evaluate whether or not the surgery could be performed. In addition to this particular clinical activity, I also conducted research, as this type of surgery places us on the borderline between applied and basic research. The electrodes are used to treat patients, but they are also useful for gaining knowledge about the brain. They allow us to gather information on the electrical signals emitted by the neurons, which brain imaging cannot provide.

What led you to focus on emotion recognition and perception?
We discovered that deep brain stimulation had some side effects – very subtle ones, but present nonetheless. These include emotional disturbances, such as difficulty recognising the expressions on people’s faces (anger, for instance, which changes the way facial muscles contract) or emotions expressed by the voice. Certain patients put themselves in danger or changed their eating habits, with sugar cravings. This made us think of the symptoms linked to certain types of brain damage, and we wanted to know more. We were able to demonstrate, for the first time, that the small structure we were stimulating for Parkinson’s disease – the subthalamic nucleus – played a role in emotional processing in humans. This was the subject of my doctoral thesis, which I defended in 2008.

This surgery is now performed to treat other illnesses, namely psychiatric diseases.
It has actually opened a new therapeutic window. Being able to change emotional processing could be useful for treating other illnesses. The 11 centres in France specialising in deep brain stimulation tested this surgery on patients suffering from treatment-resistant obsessive-compulsive disorder (OCD) (1). Once again, it was the first study to be conducted in the world, and it showed remarkable results. The surgery also showed positive results for certain patients with concurrent depression. This is where the idea came to perform the procedure on patients suffering from treatment-resistant chronic depression. The study, which is being called “Pré-STHYM”, is currently underway and led by Professor Bruno Millet from the Adult Psychiatric Hospital in Rennes.

As part of this study, you are conducting research on the ventral striatum, the area of the brain which is currently being targeted to treat resistant chronic depression, in order to determine its role in processing emotions. However, you have changed your method. Whereas before you were assessing behaviour by administering tests, presenting facial expressions, and using imaging techniques, now your work is focused on electrophysiology. Why is this? 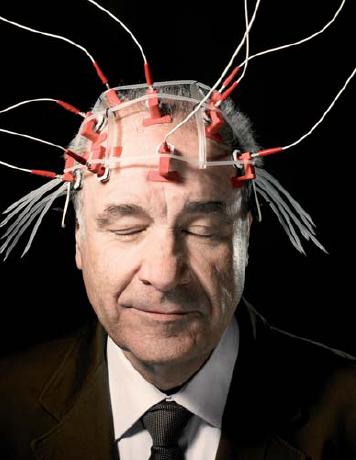 By placing the electrodes for the first time directly on the ventral striatum, we have obtained extraordinary results in terms of space and time resolution! It's a one-of-a-kind model for studying the activity in this area. Neuroimaging and animal testing have demonstrated that it is already involved in emotional processing, namely for the feelings of gratification and pleasure. We will now be able to draw conclusions about its function in depression and in the normal brain.

Can you describe how this is done?
In practical terms, when a patient undergoes an operation in one of the participating centres, the electrophysiologist from our unit arrives at the operating table and asks the client to listen to emotionally expressive voices. These sounds were developed in the laboratory where I am completing my post-doctorate (NEAD, Neuroscience of Emotion and Affective Dynamics) under the supervision of Professor Didier Grandjean, at the University of Geneva.
Next, we record the electrophysiological activity of the specific part of the brain, the accumbens nucleus, where the electrodes have been implanted, in response to the different intonations. We then compare, for example, the neuronal processing of joy with that of anger.

How is your research progressing?
We have gathered data on four patients, and hope to include 10 in the study. The preliminary results seem to confirm our hypothesis for the moment.