Millions of people are living in coastal areas that could soon become inhabitable due to climate change-related sea level rise and extreme weather events. Among such areas are some of the world’s biggest cities – New York, Shanghai or Hong-Kong could all be severely affected. Since 1997, the number of climate change policies around the world has increased exponentially. Among the upper echelons of the political establishment, awareness is rapidly rising and the mindset is shifting with global leaders coming to a ground-breaking agreement in Paris in 2015. But what is actually happening at the local, city-level? Are current urban adaptation initiatives designed effectively? Recognising « the patent need to collect more information about current efforts and progress towards adaptation », Dr. Marta Olazabal has set the goal to design, develop and coordinate a worldwide experiment to assess the quality and effectiveness of climate change adaptation public policies and investments in cities. Headquartered at the Basque Centre for Climate Change (BC3), the project will focus on coastal cities facing specific impacts due to climate change: sea-level rise and extreme events.

« From what we’ve seen in our pilot study so far, cities are going in the right direction », Marta Olazabal observes. « However, even those that have been thinking about adaptation the longest still have a long way to go. It’s no surprise. Climate change adaptation policies have to be evolutive, reviewed every few years », she notes. Indeed, climate science is making continuous progress and providing better climate risks models. The magnitude and speed of climate change can also be impacted by human activities: it is thus important to regularly review adaptation policies in the light of the latest information, even when uncertainty levels remain high. « One of the greatest challenges in decision-making under climate change uncertainty is to determine the level of adaptation investment proportionate to the climate-related risks a particular system is facing », the researcher explains. « So far, this topic has received little attention. Research has focused either on the policy process of adaptation to climate change or in the modelling of current or future vulnerability or climatic risks. However, little focus has been given on how to connect these two ». 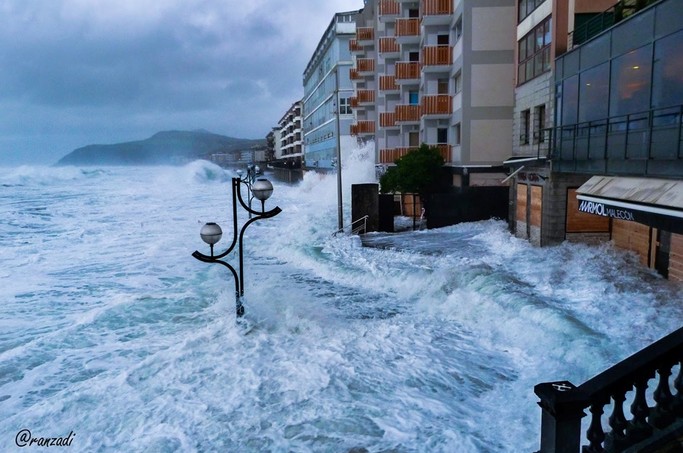 With this in mind, Olazabal set out to fill the gap and confront existing data on specific climate-related risks – a database developed by BC3 colleagues on climatic risks which covers 120 coastal cities –, and new data on adaptation investments in cities. « In a nutshell, the specific objectives of this project include the creation of a database to track urban climate change adaptation initiatives, the development of assessment methods for the effectiveness of those initiatives to reduce vulnerability or increase resilience to climate change and, finally, the validation of the relevance and usability of the outputs », she summarizes. « We will be asking questions such as: Have cities started planning? How? Are they already in the phase of implementing adaptation measures? Are they considering big, less likely disasters as well? We’ll also define indicators, metrics, to see if they are doing it right, according to the risks they are exposed to. ». The last step will be to do a big case study on a particular country, compare the policies in different cities and engage with policy makers and stakeholders. « We haven’t selected the country yet, but we’ll choose one that is critically exposed and that is relevant in terms of how they have developed plans so far », Olazabal specifies.

Adaptation to climate change, especially in densely populated areas, will be one of tomorrow’s most pressing challenges, even if the Paris Agreement’s 2°C objective can be attained. Dr. Olazabal’s research will innovatively address this challenge by setting out to understand how well current urban adaptation initiatives are designed, in relation to the specific risks each coastal city may be exposed to. Her cutting-edge approach will provide a timely and highly-needed global analysis on whether coastal cities are on the right track to be effective in reducing vulnerability to sea-level rise, and in building adaptive capacity. Her results will contribute to reducing coastal risks derived from climate change by helping policy makers to align adaptation strategies with expected impacts, therefore increasing policy efficacy.

Are our cities effectively planning for climate change?

Are our cities effectively planning for climate change?